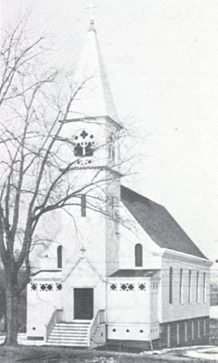 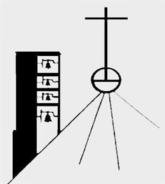 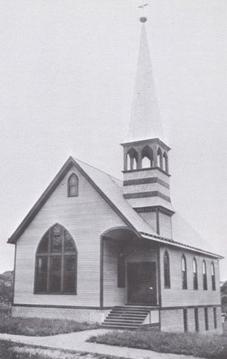 Located in Branford, Connecticut, Tabor is over 125 years old. The congregation was founded by Swedes and Finns who immigrated to Branford to work in the Stony Creek Quarry and Malleable Iron Fittings factory. The first Lutheran service in Branford was held in the basement of the First Congregational Church on July 10, 1883. After five years of growth with the help of Pastor C. T. Sanderson, the Swedish Finnish Evangelical Thabor Lutheran Congregation of Branford was organized. The membership consisted of 27 adults and 13 children.

There was also a Lutheran Chapel in Stony Creek known as the Swedish Evangelical Gethsemane Society. The membership was primarily made up of Swedish quarry workers and after World War I when the quarry closed there became little need for the chapel. The Stony Creek granite altar in Tabor's present sanctuary continues that relationship with the quarry workers of old.

​The newly established congregation purchased property on Hopson Avenue for $500. On October 20, 1889 the cornerstone for the first church was laid with Pastor N. G. Johanson of Bridgeport officiating. The first service in the new church was held on April 13, 1890.  On February 8, 1892 this church burned to the ground while members, who had come to attend a meeting, stood helplessly by and watched. One week later a tenacious group of Swedish and Finnish members started rebuilding their church. The First Congregational Church once again offered their basement for services. The cornerstone for this new church was laid just two months after the fire. The second church was finished in mid-1893.  By the tenth anniversary of Tabor there were 200 communicant members and 400 baptized members. Three acres of land were purchased from George Field to use as a cemetery for $600. The cemetery was consecrated on June 11, 1889.  In 1899 the oil lamps in the church were extinguished and electric lights were turned on.  The first confirmation class to be confirmed in English was in 1905. That same year the name was changed to Swedish-Finnish Evangelical Lutheran Church Tabor.

By the time Tabor celebrated it's 25th anniversary English was used in the services once a month. Steps and two side doors had been added to the building and an organ was added to the sanctuary.  At the time of Tabor's 30th anniversary, the church records showed that 839 baptisms, 217 confirmations, 230 marriages and 219 burials had been listed. The assets of the congregation amounted to $13,271.

By the early 1950's it was clear that Tabor had outgrown the church on Hopson Avenue. A capital funds appeal was made and $84,000 in pledges were made to be paid over a three year period. Well-known architect Douglas Orr was commissioned to design a new church to be built on Little Plains Road across from the Tabor Cemetery. The first two units, the fellowship hall and the education wing, were dedicated on September 8, 1957. Men, women and children worked together to make the new buildings feel like home. Artifacts from the old church were brought to enhance the new building. The painting, altar and baptismal font that were the focal point of the sanctuary on Hopson Avenue became the focal point of the new chapel on Tabor Drive.  In 1959 and 1960 ground was broken for a parsonage and the new sanctuary. The dedication of the parsonage took place on October 23, 1960 and the sanctuary was dedicated over a period of five Sundays in October or 1961.  More land was acquired through the generosity of Daniel Cosgrove and the Forsman family increasing Tabor's land holdings to twelve acres. A part of this land was used to create the parking lot. In 1968 Tabor came to the rescue of the Branford Board of Education when there was a shortage of classrooms. For the following four years, seven classes were held in the education wing.  More additions were made to the church as the bell tower was renovated and another bell was added. Prior to that the Casavant Freres organ was dedicated. The memorial altar, made of native granite, was placed in the atrium. It was part of the former chapel in Stony Creek.

Suddenly it was time to celebrate the 90th anniversary of Tabor. Many former pastors and sons of pastors took part in the year-long celebration which culminated in a banquet which was attended by many local dignitaries.  Several sons and daughters of Tabor have entered the ministry. They are Carl Berquist, Kenneth Manfolk, Timothy Swanson, William Esborn, Peg Oetjen, Diane Guinther, Irene Dussaq, and Lisa Huck.

In 1988, Tabor celebrated it One Hundredth Anniversary. Members of the First Congregational Church joined with members of Tabor in commemoration of the help given so long ago when Tabor held its services in the basement of the Congregational Church. By 1988 Tabor had grown to 1083 baptized members and 767 confirmed members.